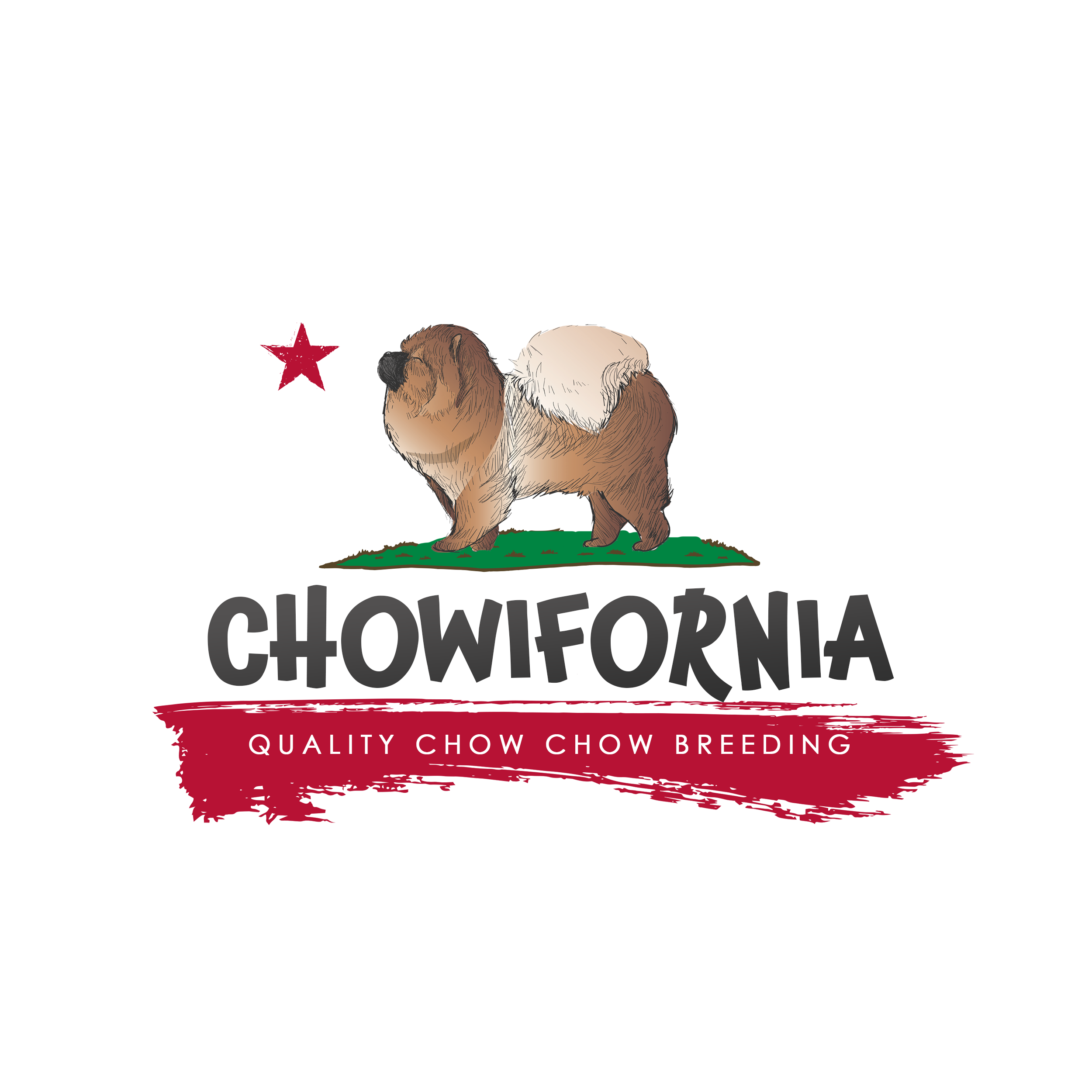 Chow Chows are an ancient breed and it is unclear where he originated. He may have been brought to the West when the Tatars invaded China. Or he might have originated in the Arctic, migrating through Siberia, Mongolia, and China. Either way, it is believed by some to be one of the oldest of all breeds and is genetically very close to the wolf.

Breeders have come a long way over the years to “build” a Chow Chow with a stable temperament and massive yet compact structure required by the “Breed Standard”, blueprint for the perfect Chow Chow. The Chow Chow is known for its
characteristic blue-black tongue, stilted large head, and extra-thick fur around the neck. The tail curls over the back or to either side of it. The coat, which can be either smooth or rough, is evenly coloured in any of various shades, most commonly known as red, cinnamon, cream, black and blue. The adult stands about 17 to 20 inches and weights 45 to 70 pounds.